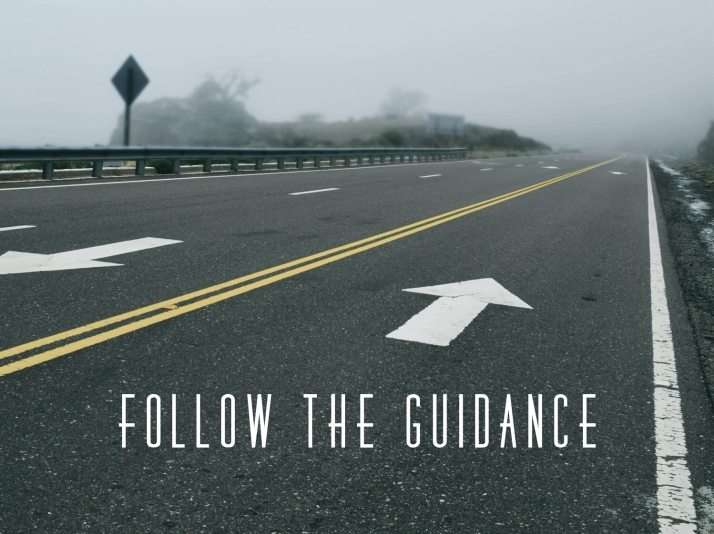 In the middle of February, my husband and I ministered to a city that’s quite far from our city. We drove on the highway along 780 km, across three provinces and around 20 big and small cities. It was really fun. Then on Sunday afternoon we traveled home after two days of service. The highway was wide and quiet, the sun was bright, so perfect. But we cannot continue to enjoy that comfort. Half the trip had passed when we saw a thick lump of black cloud covering the sky in front of us. The color of the black clouds with the golden glow of dusk showed contrasting scene. Beautiful but also frightening! Moments after I captured it with a cellular camera, apparently our car began to enter the area under the black cloud. The rain immediately flushed and the longer the more heavy accompanied by strong winds. The heavy rain, the strong winds, and the darkness of the night, made our visibility very limited. A comfortable journey turned to full of suspense.

The lighting on the highway that we passed is only at the interchange, namely in the area before and after the gate of highway. Along the rest of the road there are only traffic signs and small plates at a certain distance that function as reflectors. The yellow reflector on the guardrail separates our lane from the opposite direction, and the red reflector on the guardrail on the edge of the highway. For hours traveling in the dark night accompanied by the roar of the rain and strong winds we only relied on traffic signs and luminescence from the reflectors that reflected the lights of our cars. And even then only a few meters, limited to the distance of the lights of our car. Those points of light were the guide for us, whether the road we are going through will turn left, right, straight, down, or uphill. Meanwhile, our windshield wipers were competing with the rain that forms a kind of water curtain covered the windshield, making the view more blurred. Many times we have to lean forward so we can see the signs and the road more clearly. We must pay attention to and ensure that we follow each sign directions correctly because a little mistake make us misdirected.

OBEDIENCE THAT BRINGS TO THE AIM

For me, the situation we experienced at that time described a phase in the journey of life. There are times when everything goes very pleasant, comfortable, safe, easy, and smooth. There is also a time when problems come, like clouds cover the sun and change the light to dark. That is the dynamics of life that can be experienced by anyone, whether in extreme forms or only wavelet.

The characters in the Bible also experience times when they have to walk in dark valleys. Moses, a Hebrew who was educated and lived in the palace of Pharaoh, had experienced the phase of becoming a fugitive and had to live in the house of a priest in the land of Midian for fear of being killed by Pharaoh (Ex 2: 11-22). Joseph, a favorite son who was given a tunic of many colors by his father, also experienced several times the ups and downs of the dynamics of life. Starting from being dumped to a well and sold to Egypt, then got a position as a trustee of Potiphar, but then being imprisoned for being slandered (Gen. 37: 12-36; Gen. 39). David, a worshiper of the Lord, experienced the extreme dynamics of life from a sheep shepherd who was suddenly anointed to become king, then became the person trusted by King Saul. But then the situation changes. David became Saul’s main enemy until he had lived on the run for several years (1 Samuel 16-30). Then when he became king as God promised, there was a treason led by his own son until he had to flee from his palace (2 Sam 15-17). Those are three of the many stories of the characters in the Bible. Their experiences differ from one another but there is one common thread, namely obedience. They were people who remain obedient to follow the guidance of God even though they are under pressure. They didn’t deviate from the provisions of God, didn’t compromise with sin, and remain faithful to do what is right in the midst of their plight. In the end, it obedience brought them into fulfillment of God’s plan and made them reach the finish line brilliantly.

God has a special plan for each of us and He has provided everything needed so that we can work on His call, but it can only be realized if we obey Him.

Obeying God’s guidance in the midst of dark times has its own difficulties. Like walking in the rain on a dark night, heavy pressure can make us unable to see everything clearly because we panic, worry, fear, stress, depression. Our feelings become uneasy so it is difficult to pray. The desire to get out of trouble quickly makes us impatient waiting for God’s help. These various psychological conditions can make our spiritual eyes unable to see clearly and our spiritual ears become insensitive. We can be tempted to take shortcuts and seek help in our own way. When we finally choose to follow our own will, we will be misguided, because what we think is good is not necessarily good and what we think is right is not necessarily true.

“Your statutes are wonderful; therefore I obey them. The unfolding of your words gives light; it gives understanding to the simple.” (Psalm 119:129-130 NIV)

The Word of God is like a traffic sign that shows direction and is like a light that illuminates our path. If our lives are on a dark road, just do what the Bible says even though it’s not directly related to the problem we are facing. Obedience to God’s word will make us smarter, wiser, and more understanding, even beyond knowledgeable and experienced people.

“Your commands are always with me and make me wiser than my enemies. I have more insight than all my teachers,  for I meditate on your statutes. I have more understanding than the elders,  for I obey your precepts.” (Psalm 119:98-100 NIV)

“All Scripture is God-breathed and is useful for teaching, rebuking, correcting and training in righteousness, so that the servant of God may be thoroughly equipped for every good work.” (2 Tim 3:16-17 NIV)

We cannot totally obey Him if we don’t believe in Him.

Moses, Joseph, and David were people who obeyed God’s guidance because they were believe in God. Moses could have kept hiding and refused to be sent by God to meet Pharaoh, but Moses chose to obey. Moses obediently worked on God’s call to lead millions of Israelites across the desert with the pillar of cloud by day and the pillar of fire by night. When the pillar of cloud and the pillar of fire stop, he stops. Where the pillar of cloud and the pillar of fire move, there he follows. Joseph could have complied with the wishes of Potiphar’s wife, but he chose to run away from her because he knew that it is sin. Joseph also had the opportunity to take revenge on his brothers who had made him suffer, but instead he gave them a place to live and fulfill their needs because he knew that God had a special plan for his life in Egypt. David had more than one chance to kill Saul, but David did not want to do it. Actually, if he killed Saul, he would easily occupy the position of king, but he chose patiently to wait for God’s time.

Moses, Joseph, David, and the people used by God in the Bible are people who fully believe in God. They don’t put their secure feelings into the situation. They don’t entrust their future to experiences, skills, connections, position and wealth. They don’t make decisions based on their own passions and considerations, but they follow God’s guidance even though sometimes for a moment it seems that their obedience doesn’t make things better. They still believe in God and rely on God in all circumstances, good or bad.

Dear brothers and sisters, if we are in a bad situation, remember what David did when he was greatly distressed in Ziklag: “David was greatly distressed because the men were talking of stoning him; each one was bitter in spirit because of his sons and daughters. But David found strength in the Lord his God.” (1 Sam 30:6 NIV). Let’s strengthen our trust in God. Not with our own strength but with the help of the Holy Spirit. The Holy Spirit will enable us to faithfully step in to follow God’s guidance. Not only until we get a way out of our problems, but until the end of our lives. Amen.