What happens when God breathed the dust from the ground? What happens is that a human being! Humans are so complicated, complex, complete with the ability to think, reason, have feelings, to love, get to breed and even promised an eternal life someday in God’s own hand.

Have we ever thought our breath is used for what purpose?  The psalmist saw the other side of a breath. When the breath is still in us, is good if it is used for the right reason, a reason that became the foundation for us to live that is to praising God. “Let everything that has breath praise the Lord. Praise the Lord.” (Psalm 150:6).

We cannot save our breath for later use. If we choose to hold your breath, then we would be missing the opportunity for it. Even if we hold it for a long time we could faint or even die. That’s why it while there is still breath in us; we should be able to use it as well as possible for the glory of God. Praise, worship and celebrate God’s goodness to us. Let us not waste the breath that He has bestowed upon us with the things that hurt His heart.

We continue to breathe, because if not we would be die. And as long as we still can breathe, let it be used to praise the Lord. We cannot do the same thing as God did. But we use our breath to secrete word of consolation for those who are experiencing hardship. We can raise the praise and worship. We can use it to run and help others.

Do not waste our breath. God wanted to be glorified through the breath that is given to us. 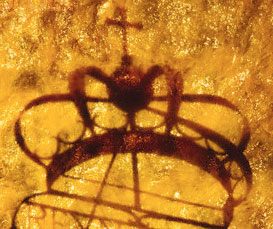 Who are we exactly? Why are we there in the world? It’s a question that fills the minds of many people. Too often we only think about our lack and limitation, difficulties make us forget about the essence of our existence on this earth, and who we are as God planned. When we are worry about the future, do not know what we should to do, we are too easily swayed in life. So that questions will fill our minds.

The Bible clearly says that man is a special creation. At one time David seemed to be staring at the sky at night is filled with the stars. David said: “When I consider your heavens, the work of your fingers, the moon and the stars, which you have set in place, what is mankind that you are mindful of them, human beings that you care for them?”(Psalm 8:3-4,NIV). Compared to the beauty of the sky full of stars and moonlight, what is a man? David continued “You have made them a little lower than the angels and crowned them with glory and honor.” (Psalm 8:5,NIV)

The beauty and perfection of the universe was created immeasurably, but still human as God’s creation is different, especially compared to other creations. We are crowned with glory and honor, made ​​like God, have the image of God in us. We are uniquely formed from the dust of the ground directly from His hand and breathed life into us.

Peter said: “But you are a chosen people, a royal priesthood, a holy nation, God’s special possession, that you may declare the praises of him who called you out of darkness into his wonderful light.” (1 Peter 2:9,NIV). We were created with a very special and privileged. But from this verse remember that we have a duty to declare the glory of God in the world anyway. Being the messenger His magnitude deeds. Being children of light that represent the good name of our Father, the King of kings, we are selected as a royal priesthood, our life was supposed to reflect the principles of the kingdom and portray the image of the King.

Have we really understand and realize that our identity as a special creation in God’s likeness? We are the creation with crown of the glory.