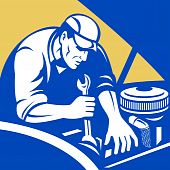 A mechanic was removing the cylinder heads from the motor of a car when he spotted the famous heart surgeon in his shop, who was standing off to the side, waiting for the service manager to come to take a look at his car.

The mechanic shouted across the garage, “Hello Doctor! Please come over here for a minute.”

The famous surgeon, a bit surprised, walked over to the mechanic.

The mechanic straightened up, wiped his hands on a rag and asked argumentatively, “So doctor, look at this. I also open hearts, take valves out, grind ’em, put in new parts, and when I finish this will work as a new one. So how come you get the big money, when you and me is doing basically the same work?”

The doctor leaned over and whispered to the mechanic…

“TRY TO DO IT WHEN THE ENGINE IS RUNNING”. 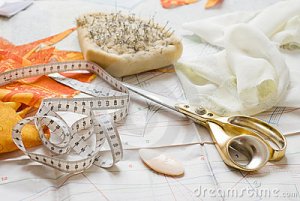 A tailor was at work. He took a piece of cloth and with a pair of shining, costly, scissors; he cut the cloth into various bits.
Then he put the pair of scissors at his feet. Then he took a small needle and thread and started to sew the bits of cloth, into a fine shirt. When the spell of sewing was over, he stuck the needle on to his turban. The tailor’s son who was watching it asked him: “Father, the scissors are costly and look so beautiful. But you throw them down at your feet. This needle is worth almost nothing; you can get a dozen for a cent. Yet, you place it carefully on your head itself. Is there any reason for this illogical behavior?”
“Yes, my son. The scissors have their function, no doubt; but they only cut the cloth into bits. The needle, on the contrary, unites the bits and enhances the value of the cloth. Therefore, the needle to me is more precious and valuable. The value of a thing depends on its utility, son, not on its cost-price or appearance.”
Similarly, there are two classes of people in the world-those who create dissensions and disharmony, who separate man from man; and those who bring about peace and harmony, who unite people.

The former are generally the rich people, powerful politicians and kings; the latter are generally the poor devotees of God, the penniless wandering monks, and mendicants. The Lord makes use of both to carry on his function of providing the field for the evolution of individual souls. He throws down on the dust the mighty kings and millionaires who create wars and disharmony; and He keeps the poor, pious devotee over His own head. In His eyes the scale of values is entirely different! 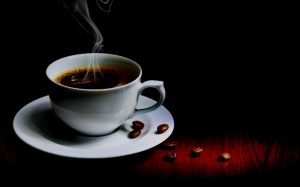 He met her on a party. She was so outstanding, many guys chasing after her, while he so normal, nobody paid attention to him. At the end of the party, he invited her to have coffee with him, she was surprised, but due to being polite, she promised. They sat in a nice coffee shop, he was too nervous to say anything, she felt uncomfortable, she thought, please; let me go home…. suddenly he asked the waiter. “Would you please give me some salt? I’d like to put it in my coffee.”

Everybody stared at him, so strange! His face turned red, but still, he put the salt in his coffee and drank it. She asked him curiously; why you have this hobby? He replied: “when I was a little boy, I was living near the sea, I like playing in the sea, and I could feel the taste of the sea, just like the taste of the salty coffee. Now every time I have the salty coffee, I always think of my childhood, think of my hometown, I miss my hometown so much, I miss my parents who are still living there”. While saying that tears filled his eyes. She was deeply touched.

That’s his true feeling, from the bottom of his heart. A man who can tell out his homesickness, he must be a man who loves home, cares about home, has responsibility of home. Then she also started to speak, spoke about her faraway hometown, her childhood, her family. That was a really nice talk, also a beautiful beginning of their story.
They continued to date. She found that actually he was a man who meets all her demands; he had tolerance, was kind hearted, warm, careful. He was such a good person but she almost missed him! Thanks to his salty coffee!

Then the story was just like every beautiful love story, the princess married to the prince, and then they were living the happy life… And, every time she made coffee for him, she put some salt in the coffee e, as she knew that’s the way he liked it.
After 40 years, he passed away, left her a letter which said: “My dearest, please forgive me, forgive my whole life lie. This was the only lie I said to you—the salty coffee. Remember the first time we dated? I was so nervous at that time, actually I wanted some sugar, but I said salt it was hard for me to change so I just went ahead. I never thought that could be the start of our communication! I tried to tell you the truth many times in my life, but I was too afraid to do that, as I have promised not to lie to you for anything…

Her tears made the letter totally wet. Someday, someone asked her: what’s the taste of salty coffee?
It’s sweet. She replied.